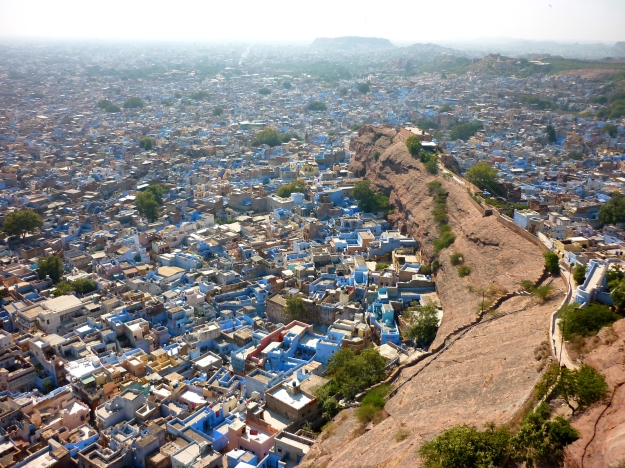 Aaah … India. It’s been more than two months already that I’m rambling around it, coming across Vishnu, Brahma and Shiva at each corner, devouring chapati (a kind of flat bread) with every bite of curry and nodding my head from left to right, clasping my hands to greet and smile to the little old ladies in their flamboyant saris.
Nodding is the Indian way of saying yes, and when I finally realized that the Hindus were constanty doing it and what it meant, I quickly got into the habit myself… an habit that is now not far from an OCD!
But I think I like this OCD. And I have to say: I love India. When I arrived, I was a tiny bit on my guards. I had heard so much about it, so many stories, most of which were a bit shabby. But I soon realized that I had every reason to chill and go with the flow. I can count on the fingers of one hand the groups of children that insistently asked me for money or a pencil, a sweet or whatever, saw a few impressively dissabeled beggars in Bombay only, and if my memory is right, no wandering hands. All in all… no reason to be traumatized ! But I can imagine that a visit to India as first “third world country” can be a bit overwhelming.
This constant upheaval, personally… it suits me rather well! I try to convert to the local pace and, in the land of Yoga and Meditation, I aim to take things “Shanti shanti” (peace, quiet) ! So much to see, so much to do here, I’m already thinking about my next visit which will probably have to last a bit longer… But back on topic:

After leaving Jaipur, Hannah , Amanda and I took a break of a few days in Pushkar. The old town was spread around its holy lake and it was not uncommon to randomly come accross impressive buildings with beautiful architecture at the corner of an alley. Rajasthan: Land of Maharajas! 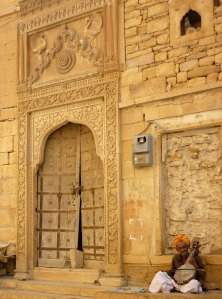 The girls had planned a workaway(volunteering) in a camp in the Thar desert near Jaisalmer city in western Rajasthan, few kilometers away from the Pakistani border, and I was delighted to join them for this adventure after sending a request email to the owner. Over the centuries, Rajasthan has been heavily influenced by the Muslim culture. For example the way they paint the laughing almond eyes on the Maharaja represented on the walls of houses and palaces, and their folk songs sometimes reminded me a little something of Rai music.
The camp (Damodra desert camp) was composed of a dozen large tents, rented for the night for a hundred euros “all inclusive” by Indian and foreign tourists. It was the most luxurious camp of the surroundings and we felt really privileged to be able to stay there for free as long as we wanted ! It turned out that Prithvi, the owner, was the most adorable guy, very much shanti shanti. He informed us that he was aware of the constant stimulation of the tourists by local merchants and wanted to allow them to just relax in a quiet place and discover another facet of India. Needless to say that the “voluntary” side of the arrangement was not the most extravagant … we just had to sweep some sand away and answer a few emails ! The entire staff and Prithvi were from a small village nearby and were all extremely friendly, smiling, helping and a tiny winy bit crazy, especially when Prithvi had gone to Jaisalmer for the day and the rest of the staff began to sing and to run after each others around the camp… like mice when the cat sleeps! Prithvi also showed us one evening another very popular camp… it really was not the same! Hundreds of tents, full volume Pop music…. very far from the calm and authentic “desertic” atmosphere of Damodra…. 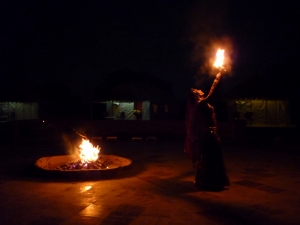 We stayed there about ten days, getting used to the very very relaxed pace, our feet constantly in the sand and our heads beneath the desert sun. Sometimes we went into town to roam around in the Jaisalmer Fort, and during an unforgettable day we had a camel excursion into the dunes for sunset. Every day after nightfall a fire was lit in the middle of the camp, while the guests arrived a concert of traditional music accompanied by folk dancers (the dancers in beautifull dresses and glittering jewelry often was a man!) started. We munched on pakora (small pieces of spicy fried dough) and grilled peanuts before the delicious buffet dinner. Unfortunately, our Western stomachs did not incredibly well adapt to these local dishes and we frequently had severe cramps, so much that Hannah fell severely ill on the last day of our stay, nailing her to bed and preventing the cousins ​​to go to Bhaumikk’ s wedding… Although it was difficult to leave the camp, I really didn’t want to miss the event and we sadly parted. FYI, Hannah is now much better and she and Amanda are happily dancing night and day on the beaches of Goa. 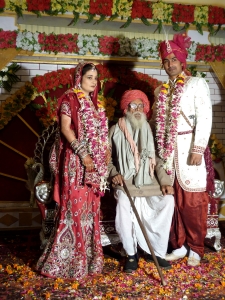 So I was alone again, well, alone with thousand of Hindus of course! I went back to Jaipur just on time for Bhaumikk’s wedding :bought some goldy jewelery on a market, groomed myself into a blue silk sari tailor made in Pushkar and raced through the city on the back of a motorbike to reach the yard / garden where the celebrations took place. Once there, I realized that there were several weddings going on next to each other and so I headed to the “Bhaumikk weds Neelam ” panel. The groom had just arrived, perched on a white horse like a fairy prince! All around family and friends danced and chattered hands on the music played by a small orchestra. The procession walked gently to the garden where a large number of guests were already eating dinner, standing here and there in the yard. All around it were diverse Indian food stalls: nans, chapattis and papadam directly out of the “oven” (tandoori), many curries and dals (lentil soup), ice cream, extra sweet pastries, extra spicy sauces, salad bar, etc. . A bit later the bride arrived in a gorgeous red sari, escorted by her sisters and friends throwing flower petals in her path. Bhaumikk helped her get on the stage and the couple settled in two extravagant thrones were they sat for hours. Strange to think they had met only two days before for the wedding preparations ! The guests came in turn to take a picture with the bride and groom, ate a little and then quietly began to leave. By the late evening, only close friends and family remained, Neelam and Bhaumikk could finally eat… or rather get fed! They sat at a long table with some friends and the remaining guests came in turns to take a small piece of food on their plates and bring it to their mouths as a blessing. It was almost midnight when I went to bed, but the rituals, including the actual marriage solemnized when the couple would have turned 7 times around a fire at 3am, were’ t close to an end …
It was a beautiful, interesting evening and I spent a real good time chatting with the sisters, nieces and friends of Bhaumikk . 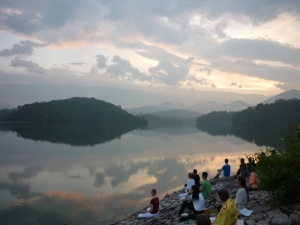 December approaching too fast for my taste, I made a small stop in Jodpur, the blue city, another in romantic Udaipur, to see its numerous lakes and palaces, and then I had to head South and skip the many places I wanted to see on the way… I had planned to join an ashram in Kerala and their Yoga retreat were beginning on the 1st. The journey took two and a half days by numerous trains and buses, including a stop for a night in Mumbai. Then one morning I woke up on my bunk and glimpsed with surprise at the palm forests through the bus’s window. Welcome to Kerala ! I stayed about 20 days at the ashram and the 4h of yoga postures, 2h of meditation and chanting and Yogic Diet (lacto-vegan without stimulant -tea/coffe/garlic/onions/chilis for an easy digestion) every day did wonders to my body and mind! Since this experience I try to keep up with this life-style and practice the 5 aspects of Yoga – Proper exercice / Proper diet / Proper breathing / Proper Relaxation / Meditation and positive thinking – every day or at least as much as possible on those nomadic times 😉 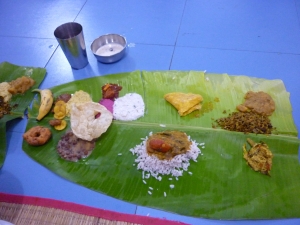 Delicious southern indian thali, served on a banana leaf at the ashram 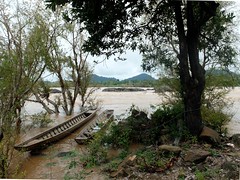 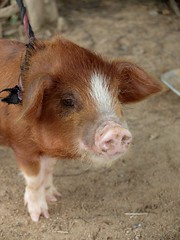 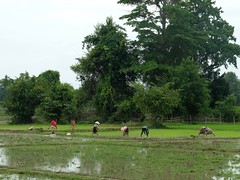 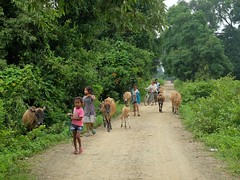 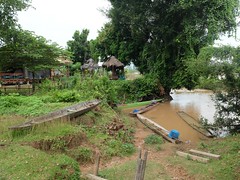